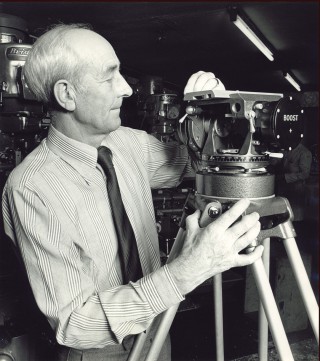 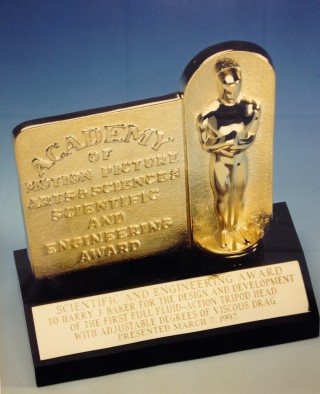 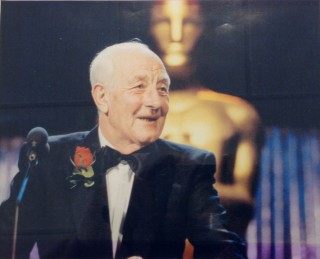 Ronford-Baker Engineering was formed in 1966 as a collaboration between Ron Ford, who ran a camera rental business and Harry Baker, a talented engineer.

Initially set up as a maintenance facility for cameras and associated equipment, Ronford-Baker soon became known as a place to get ‘specials’ engineered for feature films.  These films included “The Clockwork Orange” and “James Bond”.

One such special request was for an adjustable tripod for the production of “Ryan’s Daughter”.  It needed to survive daily use submerged in the sea.

Our heavy duty tripod was born!

This internationally Patented, and Academy Award winning, telescopic 4 tube design developed into a full range now used in all aspects of the film and television industry throughout the World.

Ronford-Baker Engineering, led by Harry Baker, designed and developed the first fluid head with variable levels of fluid damping.  This Patented design was internationally recognised and as a result received a Technical Oscar.

The continuing development of the technology led to a whole family of heads:

The introduction of a counterbalance system gave us the ‘2000’ family:

Our newest range, the ATLAS, has all the tried and tested attributes that our company was built on, strength, service life and reliability, and adds the functionality demanded by the modern industry – 180 degrees of tilt, variable fluid power including ‘free’ running, infinitely variable counterbalance, and massive payload capability.  All whilst maintaining the effortlessly fluid feel synonymous with Ronford-Baker heads.

Ronford-Baker is still owned and run by the same ‘family’ of hands-on people, who collectively have over 200 years experience in the design, development, manufacture, service and use of camera support equipment.