The ECAM (School of Cinematography and Audiovisual of Madrid) hosted the MICROSALÓN AEC Spain in its II edition, which was held on November 29 and 30th, 2019. It is a meeting of the film industry organized by the Spanish Association of Directors and Directors of Photography (AEC), which consists of two days of lectures and panels on cinematography, as well as a large sample of film technology from the largest manufacturers of the industry.

We had on display our Atlas 50S Fluid Head, Sliders and Atlas 7 360 Rollover Rig.

Find out more about products here.

Below are some of the photographs we took at the exhibition, contact us if you require further details about our products. 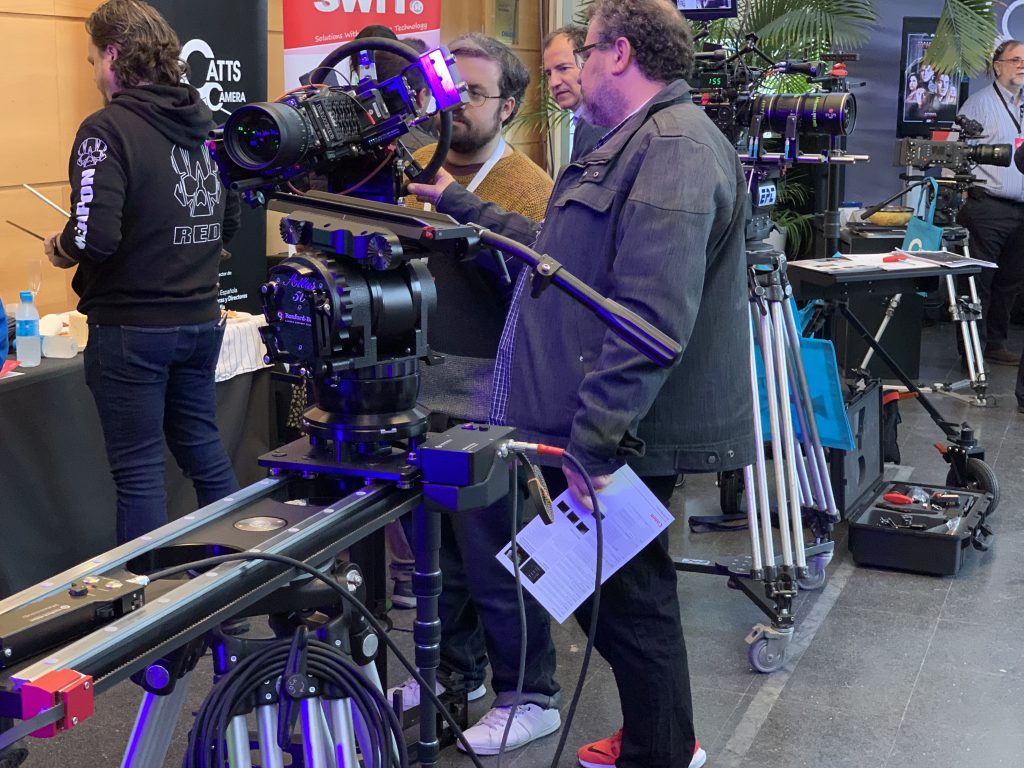